test that records the acoustic nerve activity in response to sound stimuli, through electrodes positioned on the skin of the skull.

tinnitus or "tinnitus" is the perception of a sound not present in the environment but generated within the auditory apparatus or surrounding anatomical structures.

it represents a modest elevation of the auditory threshold that occurs, for a very short time, after the presentation of a sound stimulus, regardless of the intensity of the stimulus.

electronic device that elaborates and amplifies the environmental sounds reproducing them at increased volume in the ear of the person with hearing impairment.

hearing aid that can be delivered by the NHS (upon contribution).

congenital malformation characterized by the lack of normal patency of the external auditory canal, often associated with alteration of the auricle and of the components of the middle ear.

graph showing the auditory ability of the tested subject, by air and bone, for both ears.

specialist medical discipline that studies the auditory mechanisms, the anatomy and physiology of the auditory system, its pathology, diagnostic methods and therapy.

non-invasive test, which allows the hearing threshold to be established, that is the minimum sound intensity that a person is able to perceive.

non-invasive test, which allows to define the ability of discrimination of the spoken voice to different sound intensities.

literally "acoustic prosthesis anchored to the bone". Initially indicated for all transmissive or mixed type of hearing loss, the use was also extended to medium-grade neurosensory deficits.

set of small bones (hammer, anvil and stirrup), of the middle ear.

portion of the inner ear where the hair cells are contained. Its name owes it to the particular spiral conformation.

portion of the inner ear where the hair cells are contained. Its name owes it to the particular spiral conformation.

non-malignant neoformation of the middle ear, of an inflammatory or congenital nature whose matrix consists of stratified cornifying paving epithelium.

unit of measurement of sound intensity.

therapeutic method that exploits the healing properties of mineral waters.

motor language disorder, which consists in the difficulty in performing the movements necessary for the articulation of the word, determined by an alteration of the nerve pathways.

stimulation with different sounds for both ears.

stimulation with equal sounds for both ears.

language disorder that determines the inability to sort words according to a logical scheme.

motor deficit of the vocal cords expressed with an alteration of the voice.

inability to perform a voluntary movement.

electrophysiological investigation method consisting of the electronic recording of nystagmus.

weak sounds produced by external hair cells in response to acoustic stimulation and recorded by a small microphone inserted into the external auditory canal.

liquid contained in the membranous labyrinth of the inner ear

unconscious fear of exposing oneself to particular sounds regardless of the sound intensity of these sounds.

necessary tool for performing the vestibular exam, consisting of a mask with 20-dioptre lenses. Highlight of nystagmus.

for hearing aids it is the difference in sound level, expressed in decibels, between the input signal and the amplifier output.

international unit of measurement for the frequency of a sound.

increase in endolymph pressure contained in the membranous labyrinth of the inner ear. Endolymphatic hydrops can manifest as Menière's disease.

non-invasive diagnostic test, which provides indications about the motility of the tympanic membrane (tympanometry), the presence of endotympanic effusion and the presence or absence of stapedial reflexes.

electronic device, which replaces the functions of the external ear, middle ear and cochlea. Find the right indication in severely deaf people who have little or no benefit from using hearing aids.

Auditory plant at the trunk (ABI)

surgically implanted electronic device that provides auditory sensations in anacusic patients, with impaired cochlea or auditory nerve that prevents the placement of a Cochlear Implant. The ABI exploits a technology similar to that of the IC, but electrical stimulation takes place at the level of the brain stem, rather than at the cochlear level.

bone of the middle ear, inserted between hammer and stirrup.

(comp. of hyper- and gr. ákoysis "audition") an aberrant increase in hearing sensitivity, which is very often associated with the perception of sounds (tinnitus).

decrease in sound perception determined by an alteration in the functionality of the auditory system.

hearing impairment which began after birth.

inflammatory process of the inner ear with a violent crisis of objective rotatory vertigo.

changes in the position of the body and the patient's head - under the guidance of the doctor - to eliminate the detached otoliths, cause of positional vertigo, thus freeing the affected channel.

bone of the middle ear, anteriorly inserted in the context of the membrane of the eardrum and posteriorly in continuity with the anvil.

in audiology it is the use of a distracting sound, sent to the ear that feels better, to assess the hearing ability of the worst ear. It is used when the difference between the two ears is at least 40 dB.

structure that closes the external auditory canal with the role of pressure receptor. It has an elliptical appearance, it vibrates following the stresses of sound pressure giving movements to the chain of ossicles.

intolerance towards specific sounds, which causes feelings of anxiety, stress and anger, regardless of the volume of the sound itself.

Neurinoma of the auditory nerve

involuntary eye movement, whose research is useful for the study of the vestibulo-oculomotor system.

involuntary eye movement, whose research is useful for the study of the vestibulo-oculomotor system.

generic term that defines an inflammatory (bacterial or viral) or traumatic, acute or chronic condition of one or more components of the ear.

small formations of calcium oxalate contained in the endolymph of the inner ear.

bleeding from the external auditory canal.

leakage from the external auditory canal of a serous, muco-purulent or purulent secretion.

middle ear pathology caused by a dystrophic process of the otic capsule.

harmful action carried out by some drugs on one or more components of the auditory system.

structure placed symmetrically on the sides of the head, in the shape of a very irregular shell, at the center of which is the external acoustic pore (entrance to the auditory canal). The skeleton is formed by cartilage coated with skin.

liquid present between the bony and membranous labyrinth, different from the endolymph due to its chemical composition (high sodium content and low potassium content).

surgery, in the case of otosclerosis, in which the branches of the bracket, the bracket plate, are removed, with subsequent insertion of the prosthesis that will replace the bracket.

surgery, in the case of otosclerosis, in which a hole is created in the plate of the bracket, in order to introduce a small piston (prosthesis) that will replace the bracket.

tests that record the activity of the acoustic nerve in response to sound stimuli, through electrodes positioned on the skin of the skull.

reduction of hearing ability that takes over with age due to the phenomena of physiological senescence, with gradual onset and slow progression.

science that analyzes the psychic reactions of the human being to sound stimulation.

from the English "recruitment", indicates a loss of linearity in the relationship between sensation (loudness) and intensity of a sound stimulus. In small increments of stimulus intensity, disproportionately large loudness increments are produced.

test that establishes the relationship between the duration of sound perception by bone and that by air, the latter greater in normal hearing.

decrease in verbal intelligibility, depending on the increase in sound intensity. High significance of acoustic nerve injury.

structure of the middle ear, composed of a tympanic membrane and an ossicular chain (antero-posterior: hammer, anvil, bracket), responsible for the mechanical transmission of sound.

from the English term wireless (wireless) means a communication between electronic devices (eg hearing aid - cellular) without the use of cables. Wireless systems use low-power radio waves; however the definition also extends to devices, less widespread, which exploit infrared radiation or laser.

hearing deficit with such severity that no benefit can be derived from any acoustic amplification.

rapid hearing loss that appears suddenly or, at most, within three days of the onset of anticipatory symptoms (tinnitus, sensation of full ear, hearing impairment).

"The sensory hearing impairment is considered deaf-mute, suffering from congenital deafness or acquired during the developmental age that prevented him from learning normal spoken language" Law n. 381 of 1970, art. 1, paragraph 2 °. At present we could define deaf-mute, a deaf person who is not rehabilitated.

therapeutic strategy used for the treatment of tinnitus or other psychosomatic disorders.

instrumental investigation to measure and evaluate the function of the static and dynamic postural system.

bone of the middle ear, anteriorly connected with the anvil and, posteriorly, in continuity with the oval cochlear window.

vibration generated by a body (sound source), transmitted by an elastic medium (air), capable of causing an auditory sensation.

evaluation of changes in acoustic impedance measured at the eardrum membrane. Tympanometry measures the "elasticity" of the eardrum-ossicular system.

sclerosis of the tympanic membrane.

abnormal sensation of movement of the body or the surrounding environment, triggered by alterations of the vestibular system (a system responsible for controlling static and dynamic equilibrium).

common form of vertigo caused by changes in the position of the head, caused by the detachment, of small formations of calcium oxalate (otoliths) contained in the endolymph of the inner ear, with consequent mechanical stimulation of the labyrinth receptors.

diagnostic test by bone, useful in the differential diagnosis of hearing loss.

instrumental method that allows to determine the subjective intensity of the tinnitus (loudness) and the tonal range (frequency or pitch).

inability to recognize people, objects and one's body through sight, touch or hearing without there being disturbances of elementary sensations (R. Angeleurgues - H. Hécaen). 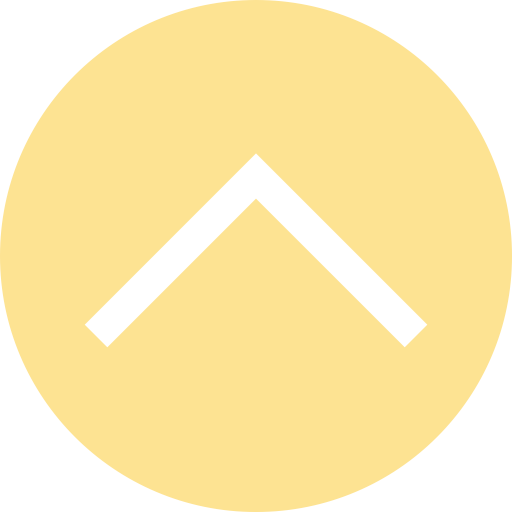 The training has been added to your cart.

The workout has been removed from the cart

Enter your e-mail address, then click on Submit. We will send you by e-mail the link to a page where you can create a new password.

Are you a new user?